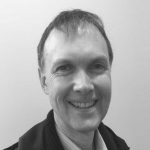 Paul Worley studied medicine at the University of Adelaide, graduating in 1984. He was in solo rural practice at Lameroo, in the Murray Mallee region of South Australia, and then moved to a group rural practice at Clare, a wine growing area in the mid north of the State.

As well as maintaining an active clinical workload in both rural and urban practice, Paul has been responsible for coordinating the rapid expansion of Flinders University’s rural education programs in undergraduate and postgraduate rural practice.

He is a past Academic Director on the Board of the Australian College of Rural and Remote Medicine, and was the Commonwealth appointed Chair of the Prevocational General Practice Placements Program from 2005 to 2009 and the John Flynn Scholarship Scheme from 2004-2007.

His passion is to encourage Medical Schools to see that their obligation to the communities they serve is integral to their academic leadership responsibility. In 2001, he was appointed Professor and Director for the Flinders University Rural Clinical School and Editor of Rural and Remote Health, the International Journal of Rural and Remote Health Research, Education, Practice and Policy.

In 2007, he was appointed as Dean of the School of Medicine at Flinders University.